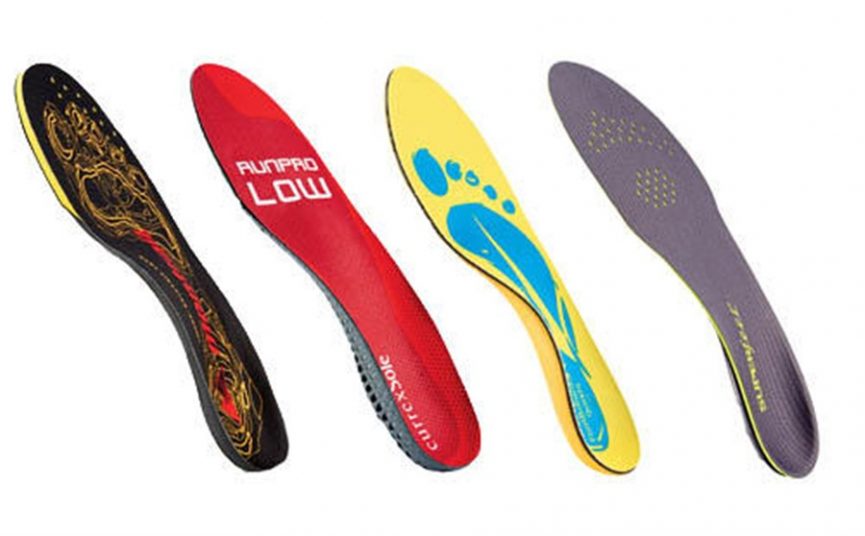 An overview of over-the-counter insoles and who can benefit from adding them to their running shoes.

Not long ago, runners seeking to correct imbalances in their feet had to buy custom-made orthotics at prices as high as $400 to $600. Today, however, a host of manufacturers offer over-the-counter inserts designed to do the job of orthotics at a fraction of the cost.

One website promoting such products asserts that they are “definitely” needed by anyone engaging in any activity that puts stress on their feet: all runners, in other words. Other sites claim that inserts will reduce overpronation, help stave off plantar fasciitis, reduce the risk of other injuries, provide a foundation of support and make you a faster, more efficient runner. Is this simply marketing hype, or do you really need something more than the sockliners that came with your shoes?

The answer, not surprisingly, is that not everyone is the same. If there are levels of training you simply can’t exceed without breaking down with some sort of foot or leg injury, buying something to make your feet happier may allow you to train harder, although problems like stress fractures, bunions or torn ligaments really should be discussed with a doctor or physical therapist.

If all you’re doing is trying to make running a bit more comfortable, what you need still depends on your feet. Some people aren’t going to get relief without expensive inserts. Others will do just fine–and possibly even better–with a less expensive option. “There are a wide range of inserts, all the way from something to cushion your foot to something that’s going to change how you land,” says Jamie Mieras, a podiatrist at the Boulder Valley Foot and Ankle Clinic in Colorado. Turn the page to learn about our top picks. 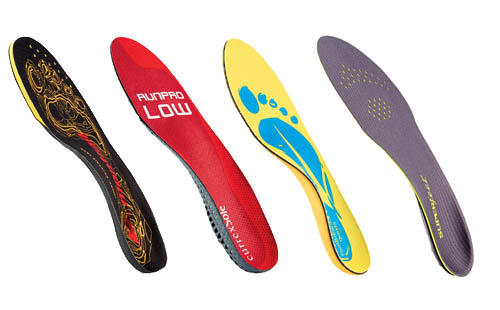 The simplest are cushioned inserts, designed for people who merely want to reduce shock. “Maybe they like the flexibility of their [lightweight] shoes, but their feet are not used to getting bruised or pounded,” Mieras says. “Or they’re older and finding that the padding on the bottom of their feet isn’t what it used to be.”

The ideal cushioned insert, she says, should be lightweight, flexible and made of materials that won’t break down within a few miles. Spenco makes one for $13, but there are alternatives from Dr. Scholl’s, Birkenstock and other nonsports suppliers.

When most people think of a shoe insert, however, what they first imagine is a full-length footbed with a built-up arch and possibly a shaped heel to reduce pronation (and perhaps also take stress off the forefoot). Such inserts can be useful if you have pain in the arch, suffer from plantar fasciitis, or feel that the muscles on the outside of your foot or ankle are overworking, Mieras says.

It’s important, though, to make sure that the arch support is made of something firm enough that it won’t simply squash flat under the force of your stride. “If you can press down the arch, it’s not stable enough,” Mieras says. She recommends currexSole ($50), which provides separate versions for high, medium and low arches. Aetrex ($60) and Superfeet ($40) also sell a variety of models designed to support different types of feet.

If you want to try something a little more customized to your foot, another option is a heat-moldable footbed, which can be conformed to your foot by first warming it up (typically in an oven at low temperature), then standing on it while the plastic is still warm (but not too hot). Two leading brands are Sole ($40) and Montrail ($40). When molding the insert, Mieras says, make sure you’re standing straight, with your foot pointed forward so that your second toe is directly in front of your shin. Also, be careful not to press down too firmly on the inside edge or you’ll squash down the intended arch support.

If you’re leery of doing this yourself, you can buy Footbalance’s moldable support ($70) through distributors who will mold it for you after watching you run on a treadmill. Footbalance also has a QuickFit model ($55) that looks similar to a pre-molded version like the Currex, but which uses your body heat to gradually conform more precisely to your foot over the course of time. Superfeet’s Copper ($50) insole uses memory foam to do the same thing.

NOT FOR THE LONG TERM

Useful as they may be, such arch supports aren’t without controversy. One voice of caution is Benno Nigg, co-director of the Human Performance Laboratory at the University of Calgary in Canada. Such inserts, he says, can be useful in recovering from injury but may not be something you should wear indefinitely. That’s because, by reducing the range of motion of your feet, they allow some of the small muscles of the foot and ankle to get lazy. “It seems preferable to have strong muscles,” he says. “Strong small muscles around the ankle joint and foot solve the majority of lower-extremity problems.”

Portland, Ore., podiatrist Ray McClanahan agrees. “It shouldn’t be a permanent, lifelong thing,” he says. In addition to Nigg’s concerns, he warns that anti-pronation arch supports can heighten the risk of sprained ankles, particularly for trail runners or people who run on slanted surfaces. There are times, he says, when you want your foot to be able to roll inward–such as if you’re attempting to recover from stepping on a rock that tries to roll it in the opposite direction. “So don’t use it on all routes,” McClanahan says.

McClanahan is a minimalism advocate, favoring shoes with wide toe boxes, a small heel-to-toe drop and limited “toe spring” (the upward curve that most shoes have in their toes) as an alternative way to stabilize the arch. “We have the same goal but go about it in a different fashion,” he says.

He adds, however, that he’s not adamantly opposed to foot supports. To begin with, they can be useful to take the pressure off a recent injury. “Maybe you strained a plantar fascia ligament,” he says. “That might be a good time to temporarily put in a device to let it heal.”

In addition, McClanahan says that 4 or 5 percent of his patients do need permanent arch supports. “These are people who have structural problems,” he says.

To find out if you might be a candidate for permanent support, McClanahan suggests standing barefoot with your feet positioned as they would be if you were wearing shoes. If you then roll one foot inward, the arch will easily collapse and you’ll think you have weak arches that need support. But before leaping to that conclusion, McClanahan says, splay your toes as widely as possible and try again. “For most of us, when the toe is natural, you can’t pronate,” he says.

Toe splaying doesn’t feel normal to most of us who’ve worn shoes most of our lives. But there are inserts for that, too. McClanahan sells a device he calls Correct Toes ($65), designed to spread your toes into a more barefoot pattern, so long as the toe box of your shoe gives them room to do so. Another option is a metatarsal pad.

Metatarsal pads are simply cushioned lumps that fit behind the metatarsal heads (the ball of your foot), distributing weight and forcing the toes to spread. This serves several functions. In McClanahan’s minimalist theory (if you have a broad enough toe box), it lets your toes splay to keep you from overpronating, in a far more natural manner than a full-length arch support. The pads also take pressure off the metatarsal heads. “If you have a neuroma or pain around the metatarsal heads, [pads] can help,” Mieras says.

Many full-length arch supports include metatarsal pads, among them a pressure-relief insole by New Balance ($35) and some versions of the Aetrex inserts. But several companies sell standalone inserts with adhesive backings that glue the pads into your shoes (which means you’ll need separate inserts for each pair). One such brand is Pedag ($8). The inserts come in four sizes and have an adhesive that holds up well in wet conditions, McClanahan says.

If you use a metatarsal pad, it’s important to get it in the right place. “It’s critical that it doesn’t touch the metatarsal heads,” McClanahan says, noting that if you put the pad too far forward, it raises the metatarsal head rather than spreading the toes, opening the door to stress fractures and other injuries. “They can do harm if they’re not in the right spot,” he says. (For detailed instructions, McClanahan has posted a video on YouTube, “How to Place Metatarsal Pads.” View the video.)

The final common type of shoe insert is a heel lift ($3-$5 in many brands). Typically these are used to take pressure off an injured calf or strained Achilles tendon–although, to avoid imbalances, you should use them in both shoes, even if only one leg is sore. As with metatarsal pads and forefoot pain, the pain-relief effect can be dramatic.

Not that this means a heel lift can instantly cure your injured Achilles: It merely takes the strain off while it heals. You still need to do the normal stretching and rehab work, Mieras says. Also, if you use a heel lift for too long, your Achilles tendon will shorten and you’ll discover you need the insert simply to function normally. “You can use it for a few weeks,” Mieras says, “but then you need to wean yourself off of it.”

To make this easier, she adds, don’t use the heel lift all the time. And as your injury heals, you can shift to smaller and smaller lifts. One way to do this is with layered felt pads (inexpensive, but difficult to find except in bulk, via medical supply houses). Years ago, running author George Sheehan recommended these; as your injury heals, you can peel away the felt one thin layer at a time until you’re down to zero.

People with limb-length discrepancies often turn to heel lifts. The idea is that if you raise the heel of the short leg, the stride will be more normal.

But it may not be the best approach. To begin with, leg-length discrepancies are often diagnosed from a side-to-side tilt in the pelvis; however, that diagnosis may not be accurate, says David McHenry, a Portland, Ore., physical therapist who also serves as strength coach for Nike’s Oregon Project. “Many times, a strength/flexibility imbalance in the pelvis can cause an apparent leg-length discrepancy,” McHenry says. If so, he adds, using a heel insert probably won’t help and may make things worse. What this means is that even if you’ve been told you have a leg-length discrepancy, you need to consult an expert to make sure it’s an accurate diagnosis. Even then, elevating the heel still isn’t ideal. “I invariably end up seeing that person down the road for ball-of-the-foot problems,” says McClanahan.

He advises that it’s better to elevate the entire foot using a flat, full-length insert of whatever thickness is needed. Or, you could simply begin by removing the liner that came with the shoe from the long-leg side. “Then we don’t have to build up the short side,” he says.

Note: An article written by BY RICHARD A. LOVETT and it is originally published on Runner’s World

So, the copyright of this content reserved by  Runner’s World and here we have just shared this article for sharing useful information and people’s betterment. There is no commercial reasons. If you have any question on this, please email us at: junaidi@lifebalance.ae 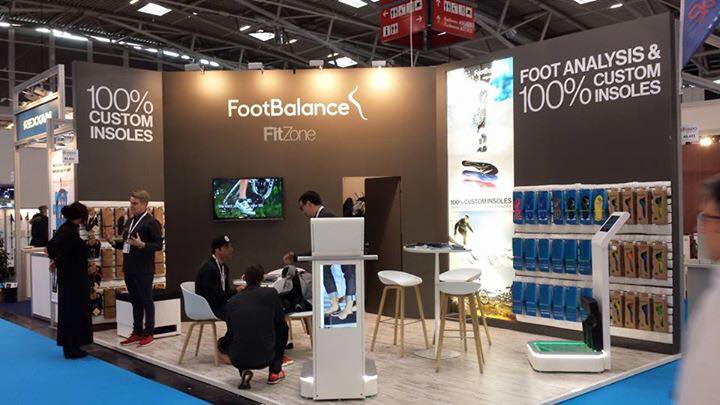 Omega-3s, Key Nutrients Every Runner Should Have In Their Diet